Audi Roissy, off we go !

Audi AG has put its trust in Capy Joulia Groupe Empreintes to build its next terminal: 4623m² of showrooms and workshops on 2 levels situated in the heart of the Paris Roissy Charles de Gaulle airport area along the A1 motorway and the junction of the Aéroville commercial centre. Nested among 2,5 acres, the 4 700m² activity will be up and running 1st semester 2018 by the group BAUER.

The airport constraints linked to the elevations under the landing areas, the soil pollution, the noise reduction of planes taking off, the high-tech equipments and the client’s demands are as many challenges met by Groupe Empreintes Capy Joulia. Under the management of Sébastien PACREAU and Jennifer LOZANO, a multidisciplinary team of architects, engineers (structure, thermal and accoustic) has organized 15 months of building site currently in its final phase.

The main challenge of this operation was to integrate new methods towards BIM for the creation of a 3D model, allowing to anticipate the conflicts of a concrete skeleton on which is grafted the metal structure and glazing. 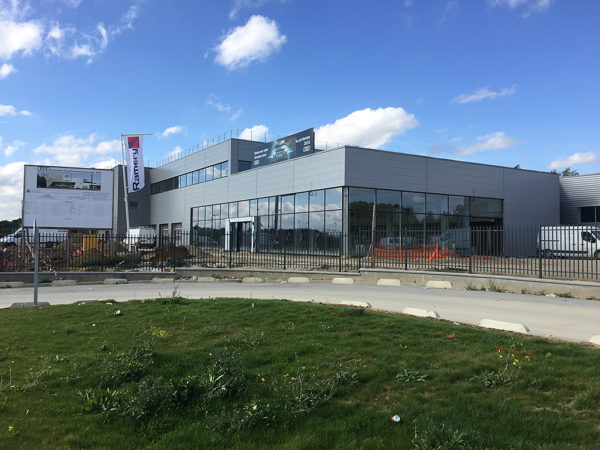 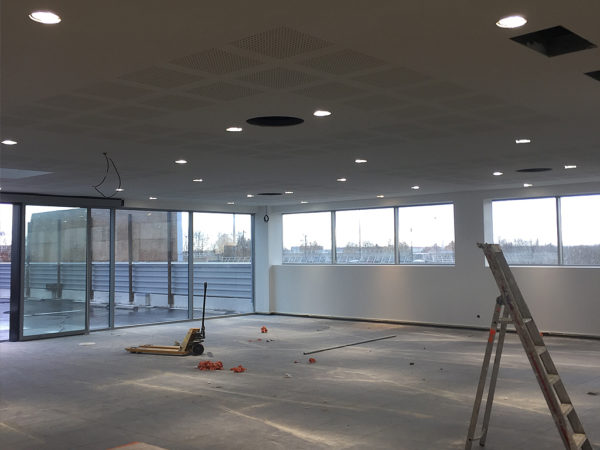 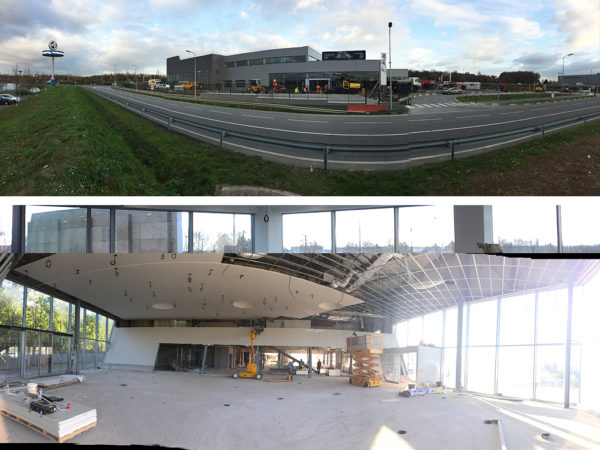